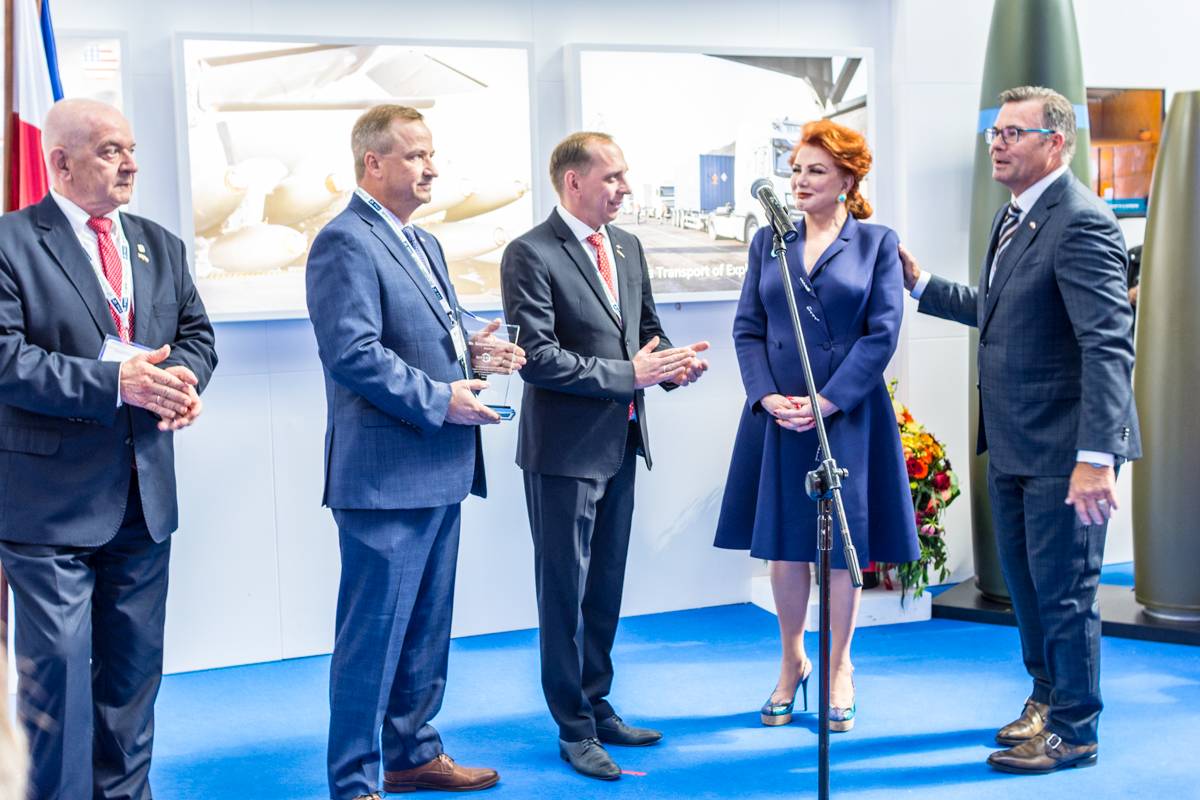 Pol-Mare and partners with TNT for American fighters

The American-Polish cooperation under the special program for the delivery of MK84 Air Bombs to the United States Air Force has been going on for 2 years.

– This program is one of many examples confirming the strategic nature of the American-Polish alliance in the field of military security. I would like to express my gratitude to all partners for their commitment to strengthening and developing the defense capabilities of our army and NATO forces – Georgette Mosbacher, the US Ambassador in Poland says.

– We announce the successful completion of two year prime contract for delivery of MK84 General Purpose Bombs to the United States Air Force with a key contribution of our Polish partners – David Dunavin from General Dynamics Ordnance and Tactical Systems says.

TNT which is the most important ingredient of American Army missiles is created in Bydgoszcz by NITRO-CHEM Chemical Plant company belonging to the Polish Armaments Group.

– We are the only TNT manufacturer in the world certified for use by the US military – says Krzysztof Kozłowski, chairman of NITROCHEM S.A.

Explosives from Bydgoszcz are transported by rail to the port of Gdansk. – Loading of this type of material involves strict security procedures and the involvement of specific services – says Krzysztof Pałucha President of Pol-Mare who is responsible for logistics.

This type of cargo can only be transported under the American flag vessel. – At first 2 ships with Polish TNT sailed to the United States annually. Currently this number has increased several times – says John Coney from Paramount, responsible for transatlantic transport under the program.

Over 20 thousand tons of Polish TNT will be purchased by the United States by the end of 2022. Explosives worth approximately $ 100 million will be used to manufacture armaments of US military aircrafts.